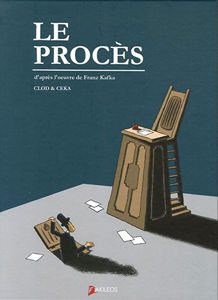 Adaptation of the work of Franz Kafka in comics. One morning, when he wakes up, when he is not guilty of any crime, Joseph K. is accused and arrested. Arrested, but left entirely free. Accused, but without knowing either of what or by whom. Thus opens The Trial, which depicts the pangs of a character grappling with an adversary as relentless as he is elusive, the Law. Terror, contempt, revolt, indifference: whatever he feels or does, the defendant gets trapped, aggravates his case, runs to his ruin. And, as all of her assumptions crumble, reality unfolds for what it is ... a world of make-believe.